The beauty of airmanship

I always appreciate craftsmanship, wherever I see it, and so I had to take a photo of this squirrel, in appreciation.  Not the helicopter itself, but the way it’s parked; look at the landing skids, their alignment with the ‘H’ marker, the accuracy and care of placement, to me this something worth photographing.  I watched Steve Davis, the chief pilot of Whitsunday Helicopters from Queensland Australia, as he placed the helicopter onto the ground.  I sat in the left-hand seat filming for our HLO course as Steve effortlessly aligned the skids with the marker.  He made it look easy, but I know it’s not.  It’s easy to plonk the thing anywhere on the surface with success judged by the lack of damage to the machine; it’s something else to place the helicopter precisely where you intend to.

To me it tells a lot about a pilot, how they park the aircraft – I admire the way pilots demonstrate airmanship  in this simple way: the perfect parking of a jet at the aerobridge, where the twin nose wheel equally straddles the taxiway line, and the centre of the wheels comes to rest precisely on the stop bar, or the perfect alignment of a helicopter on the marker, or the clinical symmetry of military fighters on the line.

Does anyone else appreciate these simple acts of craftsmanship – or am I alone?  Because it’s not easy to do, it’s difficult.  And when a pilot does it, repeatedly, it is something worth admiring, in my view at least.

Steve is meticulous with his work, you can see it in the cleanliness of his helicopter and his hangar and even his uniform.  His general attitude to flying is one of care and pride; he is a craftsman and because of this I took this photo.  Notice how one blade of the squirrel was stopped in-line with its longitudinal axis?  This was no accident, I watched Steve do it, at all fifteen landing sites we visited that day.  You can see the same pride taken with propellers, as pilots spin them into an ordered position.  It’s the same sense of self pride that creates a master.  If you can do these simple things, parking, as accurately as Steve, consistently regardless of the weather, then you are better prepared for landing on a pitching deck at sea, or more importantly, aware of your own limitations and the understanding that you’re not good enough, yet – so keep practicing, with the small things, as accurately and consistently as you can.

When I flew, I often practiced these tiny acts of airmanship.  I got great satisfaction from simple activities which we take for granted – a good park, a nice approach, a perfectly  timed RTA, a smooth rotation – so when I see another pilot taking pride in what he does, then I admire it.  When Steve landed in this remote part of Queensland, there was no one there to judge, no one checking him or offering a score – he just did it, because that’s what he always does.  That’s airmanship, in my view, and that’s what this picture tells me.  I’ll be talking about these concepts in our HLO course coming up soon.  I’ve been rostered to teach it and I am really looking forward to it.  We’ll talk about helicopter operations and the things you need to know, as ground crew, to keep you out of harm’s way.  Thanks for reading. 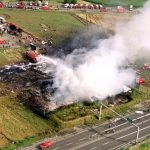 Runway inspections and the dangers of FOD (foreign object debris)Education 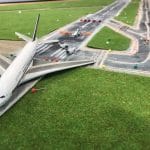 How to be a more productive and successful cabin crew leaderEducation