Maintaining a healthy lifestyle can be a challenge for aviation professionals. As a race we are getting bigger; we are more than ever exposed to processed foods high in fat and sugar; we live sedentary lifestyles; and we are increasing the likelihood of loosing our medical or getting sick.

We all know that too much alcohol isn’t good for us. But drinking in moderation is fine, right? There’s nothing wrong with having a drink (or two) after work or with dinner a few times a week, if you generally take care of your health? As long as you don’t overdo it, as long as it’s not every night, and as long as it is only one or two and not four or five (or more) you should be fine. It’s generally accepted that moderate alcohol consumption can have a place in a healthy lifestyle. But there are health risks associated with any level of drinking, and one of these is potential weight gain. Here’s why:

Alcohol is high in energy, low in nutrition.

Alcohol is high in energy, yet has minimal nutritional value. There are 29kJ in a gram of alcohol, which is second only to fat (37 kJ per gram) in energy

Many alcoholic drinks also included added sugars. This means that drinking, even in moderation, can contribute to weight gain. A glass of wine has the same energy content as a slice of cake, or an ice cream. Drinking a pint of beer is like eating a slice of pizza. Drinking four pints of beer is the equivalent to eating a hot dog AND a burger AND a doughnut: a total of approximately 4,000 kJ!

Drinking alcohol also messes with our normal digestive processes, and stops your body from burning fat. This is because, unlike nutrients, protein, carbohydrates and fat, our bodies can’t store alcohol. So when we drink alcohol, our system makes it a priority to get rid of it. Natural processes like burning fat and storing nutrients are put on hold.

Drinking makes you want to eat

Drinking alcohol also stimulates your appetite. This is exactly what aperitifs like Champagne and vermouth are designed for. Studies have also shown that alcohol can trick your brain into thinking you are starving. And when you think you’re starving, you’re more likely to choose foods that are high in energy and fat. You know when you’ve had a few beers and you suddenly have an intense craving for pizza or a kebab?

Tips to reduce your alcohol consumption: 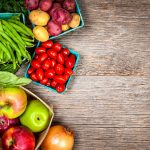 WHY VEGETABLES ARE ESSENTIAL FOR A HEALTHY LIFESTYLEHealthy Lifestyle